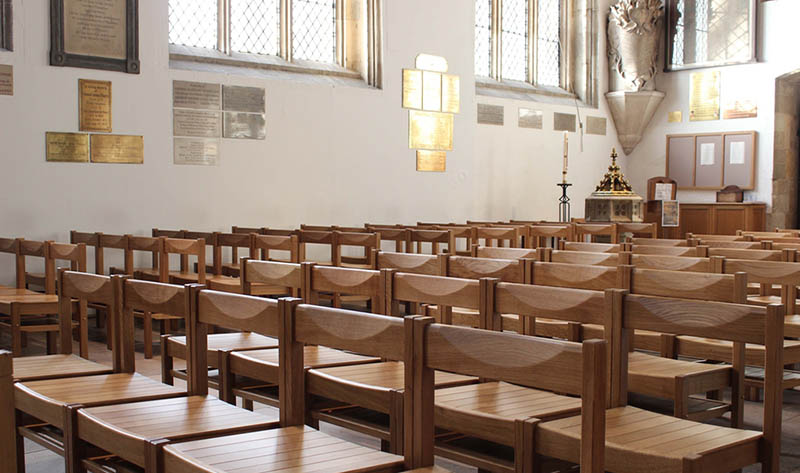 A site of national and historical significance the Chapel Royal of St Peter ad Vincula at HM Tower of London is perhaps best known as the resting place to many of the Tower’s most famous prisoners executed there including three Queens of England and two Roman Catholic Saints. The Chapel Royal is one of two chapels within the walls of the Tower and has been rebuilt at least twice, most recently by Henry VIII, though it has been a site of worship since 1078. The chapel has liturgical furniture with Tudor features including cusped lights, the absence of tracery and a relatively short nave. The chapel plays host to more than one million visitors a year in addition to services for its regular congregation, comprised of staff and personnel based at the Tower.

Liturgical furniture for the clergy seating enables the Sanctuary to host additional clergy, altar servers and lay readers during Sunday services, high days and holidays. Our clergy seating for the Chapel is based on the nave’s stacking chair but features a raised back rest with three gently sloping struts and hand-finished detailing.