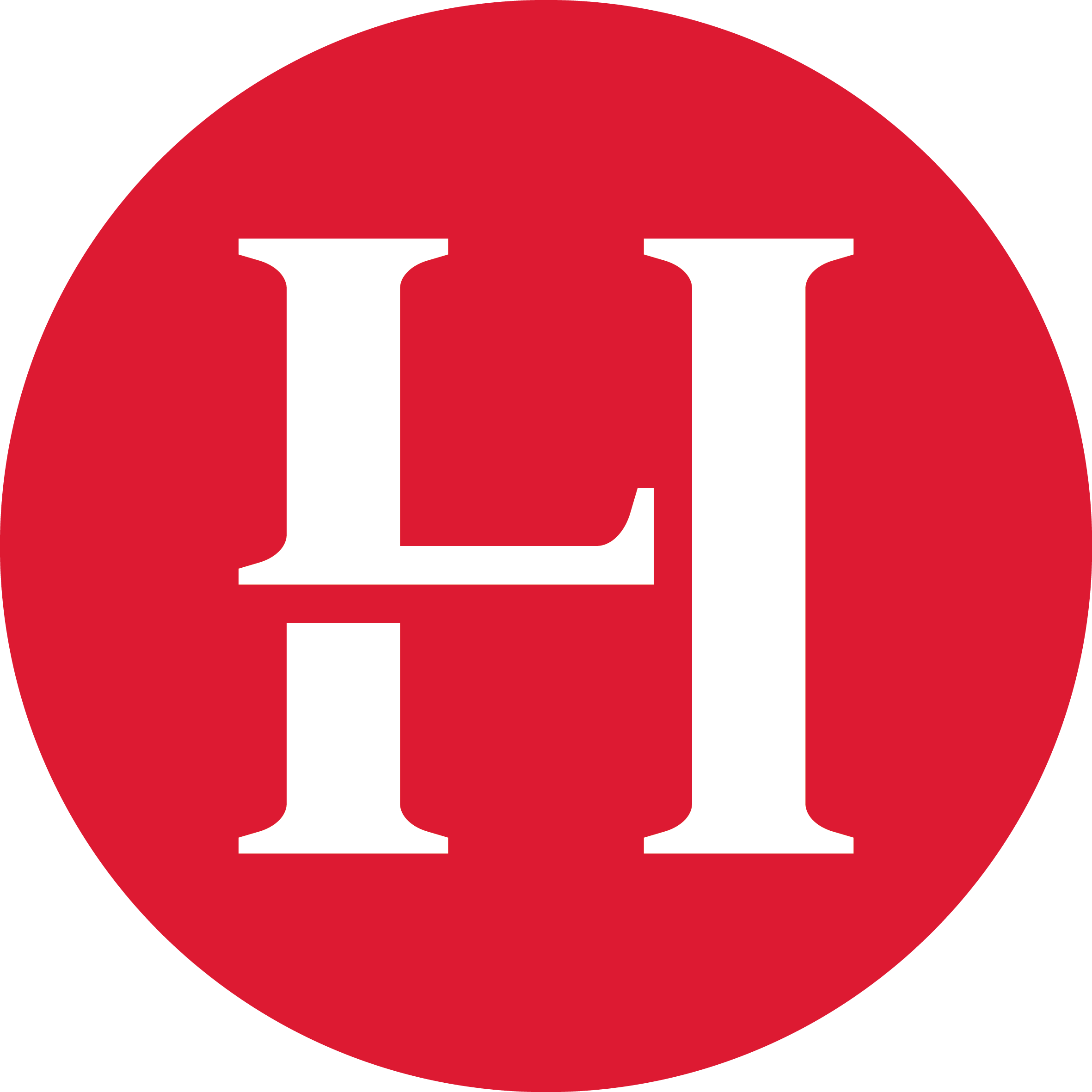 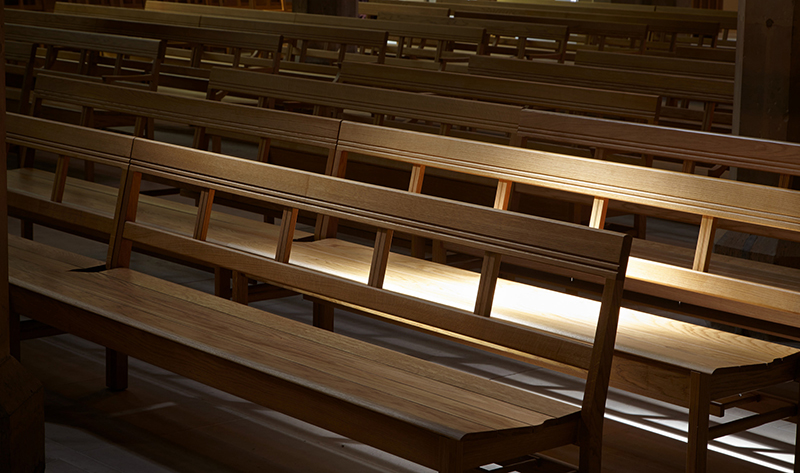 Have churches always had seating?

In a word no, but of course, the history of church seating is a little more convoluted than that.

In the beginning, there were no church seats. Churches were empty, beautiful stone barns. As soon as you put in an altar, a symbol of ritual and purpose, that stone barn became a church. A piece of furniture symbolises the building’s use. That’s the power of furniture telling the story of the building’s purpose.

The first backless stone benches began to appear in English churches in the thirteenth century, originally placed against the walls of the nave. Over time, they were brought into the centre of the room, first as moveable furniture and later fixed to the floor.

Seating was rare in pre-Reformation churches. Until the Reformation, everyone stood for services. ‘Wooden benches replaced the stone ones from the fourteenth century and became common in the fifteenth,’ say Frank and George Barna in Pagan Christianity? Exploring the Roots of Our Church Practices. Only when the Protestant requirement arose to listen to sermons and not just be present for the raising of the Eucharist did the clergy say: “You can sit down now.”

When did pews in churches become the ultimate status symbol?

In the Counter-Reformation of the 1620s in the UK, Archbishop William Laud required all churches to be ‘pewed out’, which led to the custom of families paying for their pew, the closer to the front the better – and the more expensive. In a society where it was illegal not to attend Church on a Sunday, the private pew conferred status. In major cathedrals, however, there was no seating until the late 19th century.

The evolution of the timber pew

Pews were expensive to make and difficult to distribute when, in the days before canals and railways, timber conversion technology was limited to the saw-pit.

Come the Industrial Revolution, and the Great Exhibition of 1851, machines could churn out pews by the mile. They were expensive, but it was now possible to machine industrial quantities of long lengths of timber. It was cheaper to make pews than chairs. 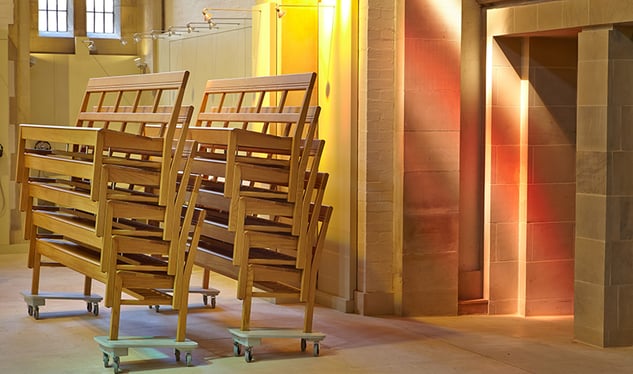 Who invented the stacking church pew, and why?

In 2,000 years of ecclesiastical architecture evolution, no one thought about stacking pews until the team at Luke Hughes invented them in 1995.

Why no one thought about stacking pews until then is still a mystery, those empty churches foreshadowed the multi-functional community space that is the modern Church. Pews limited the seating arrangement of a Church; consigning ecclesiastical interiors to a single inflexible use.

Our first pew – or bench - was for St Barnabas, Dulwich, in 1997. The budget was very constrained, but the team at Luke Hughes found they could do a four-seat bench for only slightly more than the price of a substantially-built timber chair.

What are the current needs of a church, and its seating?

The modern Church uses its space in various ways including sermons, concerts, yoga classes, community meetings, play groups, and art/summer fetes to name but a few. As one can imagine, the area needs to be laid out very differently for each one. Therefore, the furniture in a church must work hard to ensure flexible use and storage must be easy to manage.

A great example of hard-working church seating is in our work with Sheffield Cathedral.

The Longevity of Arts and Crafts Movement Furniture | Blog